View our translated resources for EPs working with Urdu, Panjabi and Polish speakers

For eight months I have worked with a multi-agency group welcoming newly arrived children to local schools. It’s been an activity a little outside of my usual working pattern so I thought some reflections were in order.

In 2014 the government launched the ‘Syrian Vulnerable Person Resettlement Scheme’; a programme for local authorities to provide sanctuary for Syrian refugees. The scope of the scheme has expanded since it was first launched and the programme itself has become somewhat politicised. 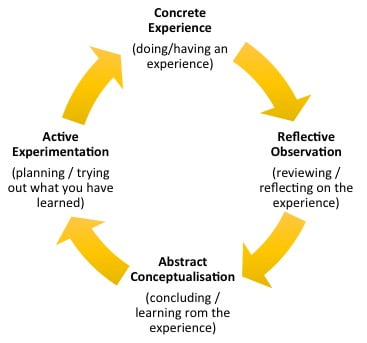 The implementation of this scheme has varied widely across local authorities, however, in the area in which I work as an EP the implementation of the scheme has involved a multi-agency working party. Initially there was no invitation for any EPs to join the working party, however, a chance conversation in a corridor by a senior EP led to me being asked to join the group. Eight months on and I wanted to provide some reflections on this work.I have attempted to structure these according to the experiential learning cycle (Kolb, 1984).

I found myself in a room with other council employees privy to budgets and structures that I had no idea about. As per Maslow (1943), the first discussions were around housing. The conversations then turned to education; the specific question being whether the children could all be placed in the same school. Family and education being such core elements of resilience, this is something which I advocated strongly for.

After the meetings I made contact with the school. I work in a fully traded service, however, it had been agreed that we could offer 3 ‘free’ consultations across the year for each teacher involved. The senior leadership welcomed this involvement, particularly in the case of one of the children who was finding the transition hard. The initial consultations were reasonably successful in that teachers appreciated the space to problem solve and consider strategies.

The National Union of Teachers (NUT, 2015) document ‘Welcoming Refugee Children to your School’ makes the reassuring point that welcoming a refugee child is not too dissimilar to welcoming any new child. Working with teachers to help them realise that they have the skills and knowledge to support children’s social and emotional wellbeing was crucial within these consultations.

When I first joined the working party it was clear that other members had little conceptualisation about the role of the EP; assuming my capabilities to be limited to assessment, a role that at that stage was not only unnecessary but inappropriate. Once I clarified this, the group welcomed the idea of teacher consultation. However, clarity was trickier with the school.

The traded model falls down somewhat in cases of particularly vulnerable children for whom the scope of EP work tends to be messier. I found throughout the consultation process that neither teachers nor SENCo were keen to take ownership of the consultations, possibly because the ‘contracting’ was outside the boundaries of the usual EP model.

My wider reflective observations have been around language. I noticed a ‘deserving narrative’ beginning to build around the family. It was often mentioned within the working party how ‘appreciative’ the family were. I feel a sense of concern for the families that will come after who may possibly have less capacity to appear ‘grateful’ or who may, understandably, find it hard that their once familiar life now looks like English social housing.

Learning from the Experience: ethical clarity

As with any piece of work, aims and outcomes needed to be clear. The majority of my work involves a ‘client’ i.e. schools, children and families, seeking something. However, in this instance it was me approaching the school; making it harder to clarify roles and responsibilities.

My reflective learning from the process so far has been about my own views. Being involved with a piece of work that is so highly politicised in the media and our national politics has had its impact on me. As narratives have been formed and judgements have been passed, both within the working party and in schools, I have found it essential to be clear about my ethical framework as a practitioner and my personal views.

We have now had a relatively successful pilot of the EP offer to run alongside the resettlement scheme. The notion of the offer as ‘free’ within a traded service depends so much on service capacity, and as the number of families going through the programme increases, the practicalities of delivery will need to be considered.

I work in a diverse area and schools teach refugee children that have not come through the Syrian scheme, therefore I hope to take my learning from this experience to reach more than these select children. I will be using the NUT guidance alongside a consultation model to plan with all schools for their effective support for refugee children.

Kolb, D. A. (1984). Experiential Learning: Experience as the Source of Learning and Development. New Jersey: Prentice-Hall.

National Union of Teachers. (2015). Welcoming Refugee Children to Your School.

Recovery at its best: 5 key principles to support school following critical incidents
Book review: The parents’ guide to Body Dysmorphic Disorder. How to support your child, teen or young adult

Anna has recently completed the Professional Doctorate in Educational and Child Psychology at the University of East London. Anna has a particular interest in the role that relationships play in promoting learning and wellbeing. Anna also writes her own blog about her experiences as a newly qualified EP.

View all posts by Anna Bryant