Home  >>  Blog  >>  Living in a heteronormative and binary-focused world: bisexuality and self-injury

Living in a heteronormative and binary-focused world: bisexuality and self-injury

We all navigate the world relationally. We relate to ourselves, to others, and to the society we find ourselves in.

Social narratives and social stories permeate these relationships. We internalise stories about ourselves that are told to us by others, and that come from social norms and cultural values. Our early years and developmental years (childhood and into adolescence) are of course incredibly important for shaping our identity, our sense of self, and the stories that we internalise and carry with us into later life.

People who are anything other than heterosexual have long found that social stories about them have been centred around deficit, immorality and rejection. This of course makes it very difficult to navigate relationships when your sense of self is so tinged by heteronormativity. Non-heterosexual people have always found comfort in the relationships and stories that they can share amongst themselves; a kind of safety and community in shared rejection.

Bisexual people are seen by some as being a unique group. They can move within two worlds: the queer world, and the ‘straight’ world. This, however, is fraught with challenges. Social stories permeate bisexual people’s experiences, such as appraisal by some that bisexual people’s commitment to gay and lesbian politics is ‘untrustworthy’ (Israel & Mohr, 2004).

Such narratives can make it difficult to feel accepted within the queer world. Stepping instead into the straight world, however, can bring with it homophobia and heteronormativity for bisexual people in heterosexual relationships (Hayfield et al., 2014). Falling between and within two ‘binary’ worlds is a difficult place to be.

We’ve just published a paper ‘Why is it so different now I’m bisexual?’: young bisexual people’s experiences of identity, belonging, self-injury, and COVID19 (Dunlop et al., 2021). A key finding was just this: living in a heteronormative and ‘binary’ gay/straight world was incredibly stressful. Invalidation, invisibility, fetishization, living with a sense of threat and untrustworthiness became social stories that our participants had seemed to internalise. Bisexual people did not have opportunities to shape their own stories free from stigma, and had learned to live with prejudice, considering themselves ‘lucky’ if they were able to navigate situations without discrimination.

We explained some of our themes with reference to ‘epistemic injustice’ (Fricker, 2007). This is based on the idea that people are historically excluded from shaping their own stories (hermeneutical injustice), and thus are not believed when they speak their truth (testimonial injustice). The historical invisibility of bisexuality had led to narratives such as bisexual people being greedy, indecisive, or ‘on the road to coming out as gay’ for participants in our study.

Self-injury as a response to others’ reactions

We knew before we began our study that bisexual people had much higher odds of non-suicidal self-injury when compared to both heterosexual people, and gay/lesbian people (Dunlop et al., 2020). We know from literature that self-injury is a behaviour usually used to manage difficult emotions (Taylor et al., 2018).

Stories told to us by our participants allowed us to understand that participants usually did not struggle with their own sense of bisexuality, rather they struggled with the responses they received from others because of their bisexuality. Consequently, self-injury was sometimes used to manage the emotional responses brought about because of other people’s reactions, prejudices and discrimination.

Self-injury was also conceptualised as being a range of behaviours falling within a broad spectrum; so not just cutting or burning the skin. Difficult relationships with exercise or alcohol were also named, and there were multiple functions of the self-injurious behaviour our participants described.

Some of these functions were related to bisexuality, some not. The resultant UK lockdown from COVID19 had made self-injury more frequent for some, though when self-injury was connected to prejudice or discrimination from others, lockdown led to a reduce in frequency.

So, what did we recommend? Well firstly, bisexuality and self-injury needs much more research. We need to be able to investigate the specific psychological mechanisms related to self-injury for this group, so we can identify appropriate interventions. If a bisexual person is receiving mental health support through a youth group, or mental health service, then a risk assessment for self-injury may be advisable given evidenced risk for this group.

However, such recommendations can often feel like chasing the horse when it has already bolted. In my opinion, we need to be preventing such self-defeating behaviours and the internalisation of anti-bisexual narratives much, much sooner.

Bisexual people need to be afforded the opportunity to develop and own positive self-narratives about their sexual identity, free from external stigma. In schools, and within curricula, we need to be representing bisexuality within the content that is taught, so this identity can be named and visible early on. Crucially, biphobic discrimination needs to be challenged individually and systemically across educational environments, with relationships and sexuality diversity being incorporated into lessons from an earlier age.

Being able to own a bisexual identity that has been influenced by positive social stories makes it much less likely that anger at the world is directed inwards. Of course, we still have a long way to go at breaking down the binary-centric world we live in, whether this is in relation to sexuality, gender, or other aspects of identity and experience.

We all have a part to play in this, by challenging heteronormativity and anti-bisexual discourse and educating ourselves on issues pertinent to this group. Crucially, when supporting young bisexual people we may work with, let us not assume that bisexual people always feel welcomed and supported within the queer world. The notion of safety and community in shared rejection exists within this world too, for many reasons. A blog though, I feel, for another day…!

Read the full paper – ‘Why is it so different now I’m bisexual?’: young bisexual people’s experiences of identity, belonging, self-injury, and COVID19

Fricker, A. (2007). Epistemic Injustice: Power and the ethics of knowing. Oxford University Press.

Book review: ‘Is that clear? Effective communication in a neurodiverse world’
Being an introvert in an extroverted world: advocating for ‘the quiet ones’ 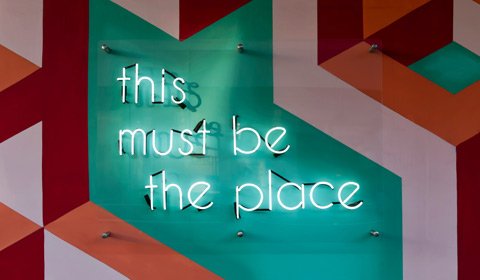 Brendan is a final year Clinical Psychologist in training. His research interests primarily lie within self-injury/self-harm, suicide prevention, service user involvement in research and LGBTQ+ mental health. Brendan is authoring the first Queer Mental Health self-help workbook that will be published in May 2022.

View all posts by Brendan Dunlop